One thing God taught me was to be grateful in everything. EVERYTHING! While this seems like an obvious Sunday school lesson, let me elaborate. We spent six days in the Hope Center, an orphanage located in Oyuma that houses AIDS‐ ravaged children. There were SO many children, and we met every single one. But seeing these orphaned children eating their daily portion of Ugali, a mixture of ground corn and water. I couldn’t help but to be overwhelmed with how much we simply take for granted on a daily basis. This children had SO LITTLE, but are grateful for so much! It was a life lesson, for sure.

We spent three days in the Matopeni slum, home to 30,000 inhabitants. Trash is continually burned day and night, making it hard to even physically breathe while we were there. The school is called Candlelight School where they teach the children about God. We taught the children songs and Bible verses each day and were able to prepare them a meal that would be their ONLY guaranteed meal of the week.

We left Nairobi and spent the remainder of our trip in a village about 20 miles away from Kissi (pronounced KEE SEE) near Lake Victoria. It was here that I met Pius. Pius is a rambunctious 4 year old. He doesn’t speak English, but he does think that everyone in the world speaks Swahili, which makes conversations exciting. He started out shy, but after two days, he would just yammer on and on in Swahili as if we all understood exactly what he was saying.

After leaving the children we went out onto the Mara (Kenya Serengeti) for two days. I have to tell you, the

night sky had so many stars that it was breathtaking. I thought of God’s promise to Abraham to make his “descendants as numerous as the stars in the sky.” It really put that phrase into perspective. We visited a Maasi tribe (Tribe of the Twelve Sons). The tribesman have a custom of jumping straight off the ground. But since all the warriors were out on a hunt, I was able to jump with the young men. On the journey out we stopped beneath a large acacia tree and just played worship music while admiring God’s creation. It was just such a peaceful and moving experience. 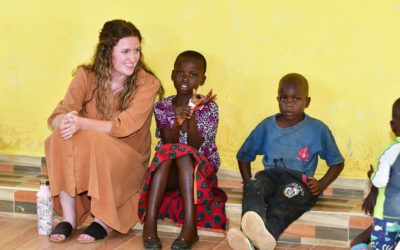 I held my hands in fists out in front of me. In one, I held a hidden dirty bottle cap that came from who-knows-where. Their bright young eyes looked at me curiously as I turned... 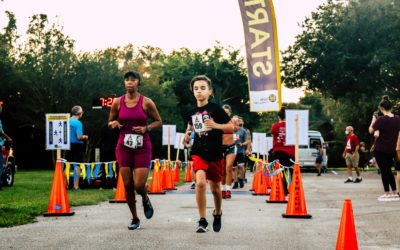 The 3rd Annual Take Heart Leading Edge 5K could not have been more successful. As Delta Ryan, Founder and Owner of Take Heart Africa, and Mike Ryan, Owner and President of... 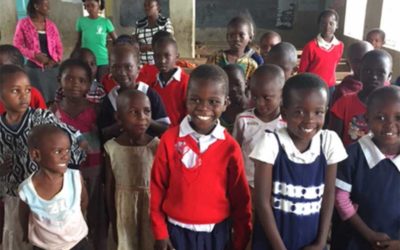